So you want to move to New York? 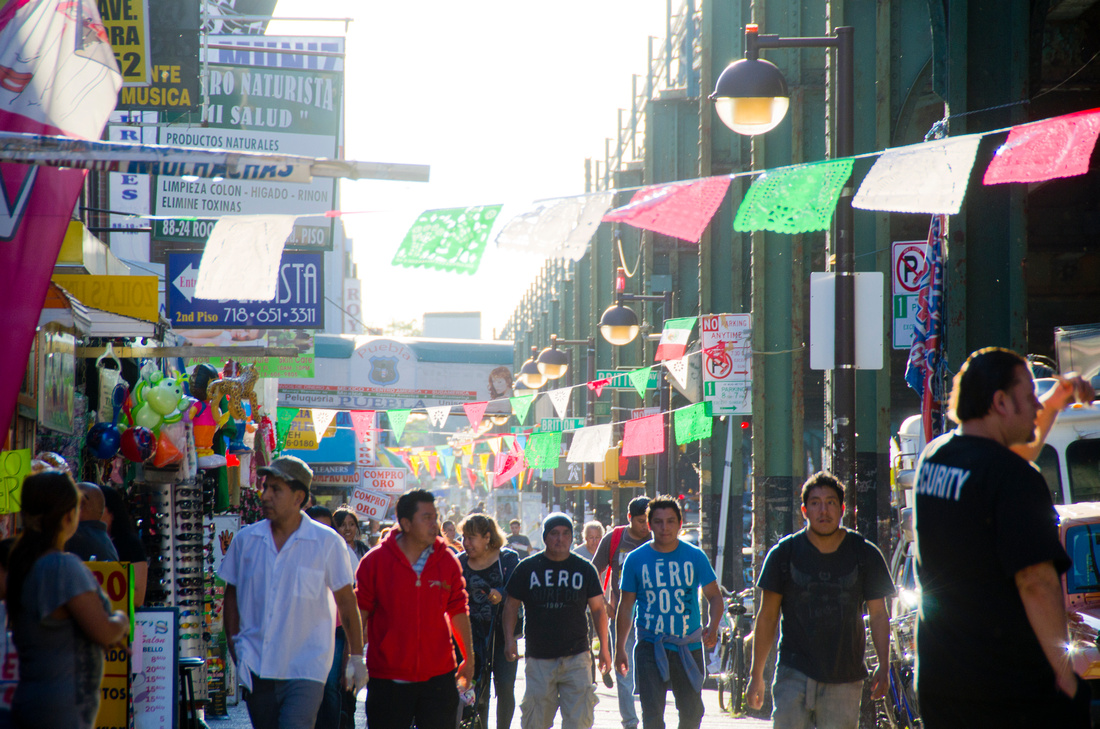 New York draws people from all around the world. There's no other place like it. You will find almost anything you want here. Money, power, culture, food, the arts, you name it.

Its sheer size awes, inspires, and helps drive the entire world. It's a massive ecosystem of five boroughs — cities in their own right — that are home to more than 8 million inhabitants. If you count the entire metropolitan area outside of the city, then the number approaches 20 million people.

You can feel the energy the moment you step onto a subway. It's a hum that gets louder, becoming a roar in places like Times Square and Wall Street. It takes on the rhythms of the people that live in places like Spanish (East) Harlem, Jackson Heights, and Sunset Park. I was infected by that energy the first time I visited in 2006. Upon my return from a trip to Vietnam at the beginning of 2012, I reflected on where I was in life. I lived my entire life in Portland and pretty much had it made. I decided to move to New York.

Friends and acquaintances have expressed to me their interest in moving to New York. This is my story as someone who moved here primarily for the city itself.

Action step: Tell everyone you're moving. When I made the decision to move here, I let people know. It's one of the key pieces of advice from Napoleon Hill's Think and Grow Rich. We're social animals. Thus, you're held more accountable to your personal goals when your friends and family are cheering you on. In fact, I also let my employer know so that they could begin hiring a replacement. Once the opening for my position was posted online, there was no going back.

This introductory action step is also a networking step. This may be a cliché, but it really is all about who you know. When you tell everyone about your goal is that your networks will try to help you achieve this goal by directing opportunities your way. "Oh! My friend lives in New York! Let me introduce the two of you over email!" Or, "My friend who used to be really big in PR in the city now lives here. You should meet her."

Action step: Visit and get a job lined up. One of the first pieces of advice I received from someone who was successful in NYC was to have a job lined up. It makes life much easier. While that became my primary objective, I know others who've moved here and found jobs within a matter of weeks. That was a worst case scenario that I prepared myself for by saving up a lot of money.

I took a week off from work and scheduled meetings with about half a dozen people. As soon as I was there, people that I reached out to earlier started getting back to me, and I scheduled more meetings. At the same time, those I was being referred to more contacts by the people I just met. Days were spent at offices and Starbucks from Long Island City to Chelsea. In the evenings, I had hung out with people closer to my age for some fun on the town.

If you need a place to stay and don't have friends, consider using Couchsurfing or AirBnB. Couchsurfing is especially useful for meeting new people. Although I've never used it myself, I have female friends who swear by it.

The poetic thing is that the people I met during the day led me to my job, and the people who I met in the evening led me to my apartment. This is a good segue into the next part, which is finding an apartment.

Action step: Find a place to live. Rent here is expensive. And it's not just rent. It's the broker's fee. First and last month's deposit. Sometimes there'll be an additional security or cleaning deposit. That same contact in Portland recommended that I come with at least $10,000 before making the move.

So how expensive is rent? Well, don't expect to find a studio or even a one bedroom apartment for less than $1,000 in most of the city. You'd be lucky to find something under $2,000 in Manhattan and many parts of Brooklyn. That's why having roommates is key. Networking can make a difference, but more often, you'll have to turn to Craigslist or other roommate search services.

Landlords will typically look for people who make 40-50 times the monthly rent in a year. So if you take in $40,000, you can only afford $1,000 a month in rent. If you don't make enough money, you may need a guarantor, basically a co-signer to join the lease. Guarantors are typically parents, and are required to make 80 times the monthly rent. Usually there will be broker's fees involved if you're moving into a new apartment. That upfront cost is 10-15 percent of the annual rent. Sometimes you can get away with finding a place without a broker. A useful web site to search for rentals is Streeteasy.

If you already have a job or have a general idea of where your job will be, use Mapnificent, which is an interactive Google Map that highlights all the locations you can get to via transit from a particular location within a given amount of time. To set the location, you can drag and drop the pin anywhere on the map, or plug in an address. There's a slider on the bottom of the screen that allows you to adjust the amount of time you're willing to spend in transit to get anywhere. As soon as those two variables are set, the lighter parts of the map adjust to your settings.

One last, not so savory part about housing in New York is bed bugs. Look up any apartment in the bed bug registry. Ask the landlord to supply a 12-month bed bug infestation history. They are required to do this under New York State law. Ask neighbors — epecially those who live in the building — if they know of any bed bug problems in other units. Try to get a clause in your contract that stipulates that the contract can be broken if it is found that bed bugs are a problem in the building.

Unfortunately, landlords have a pretty good reputation of screwing tenants over, so even if you take all of these precautions, you may still end up in a place that had a history of bed bugs, as I did. Luckily, I've had no problems with bed bugs, and I've been renting since August 2012. Just make sure to never ever pick up anything off the street. No furniture, mattresses, anything that can provide a safe place of bed bugs or any other critters to reside in.

I have one last piece of advice: get out and explore. And I don't mean just your neighborhood and all the touristy stuff in Manhattan. Take in the entire city. There are four boroughs worth exploring (everyone is unanimously against Staten Island, including people that live there). Very few parts are unsavory, and even those parts aren't dangerous. Join a Meetup group. Take a train to the end of the line. You'll discover greatness.

This is dedicated to all the people I met that have helped me along the way. You know who you are. Thank you.